On a late spring afternoon in 1853 a steamer out of Cincinnati glided to a stop at a dock in the Hoosier river town of Aurora. Among its passengers that day was Isaiah Rogers, an architect known as the “father of the modern hotel.” Rogers, however, was not in town to design a new hotel, but rather to meet with a Mr. Thomas Gaff, a prominent Aurora financier and industrialist, and examine a plot of land on which Gaff wished to build a new home. In the two days Rogers was in the town, he not only reviewed the proposed homesite with Gaff, but was “well entertained,” taking a walk with his new client and discussing with him a number of subjects. “Had a very pleasant day,” Rogers noted in his daybook.

Rogers designed for Gaff a magnificent mansion situated on ten acres of land overlooking the Ohio River that Gaff and his family would call home from 1855 to 1926.  The enduring legacy of Rogers’s design for what came to be known as Hillforest Mansion was highlighted in 1992 when the United States Department of the Interior informed the Hillforest Historical Foundation, Inc., which owns and operates the home, that the mansion had been designated as a National Historic Landmark.

Thomas Gaff, the owner of this magnificent edifice, was born near Edinburgh, Scotland, on 8 July 1808. Gaff came to the United States with his parents, James and Margaret Gaff, at the age of three, settling in Springfield, New Jersey. As a young man, Gaff learned papermaking from his father and the distilling business from a Brooklyn uncle, Charles Wilson. In partnership with his brothers, James and John, Thomas Gaff opened a distillery in Philadelphia that was soon a success. The Panic of 1837, however, had the brothers looking for new opportunities elsewhere. Reportedly offered tax incentives and land, the brothers decided to move their business to Aurora; James arrived in 1841, Thomas in 1843, and John followed in 1845.

In 1843 Thomas and James established the T. & J. W. Gaff & Co. distillery on the banks of Hogan Creek, one block north of downtown Aurora. The distillery produced bourbon, rye, and Thistle Dew scotch whiskey. The Gaffs also owned the Crescent Brewing Company, which featured Aurora Lager Beer. The beer’s quality was so high that it was even exported to Germany. Along with their brewing interests, the brothers were involved in a number of other businesses, including farming, Nevada silver mines, a Cincinnati jewelry store, foundry and machine works, turnpike and canal construction, and two Louisiana plantations. Their mill in Columbus, Indiana, produced “Cerealine,” which was touted as the first ready-made cereal in the world.

With their heavy reliance on the Ohio River for shipping, the Gaff brothers also owned a fleet of steamboats that they used to transport their distillery and brewery products. During the Civil War, the Gaff’s steamboat The Forest Queen was commandeered by the Union Army. The Forest Queen became headquarters for Gen. William Tecumseh Sherman during the Siege of Vicksburg. The steamboat, under the command of Capt. C. D. Conway of Aurora, successfully ran the Vicksburg blockade, but was burned to the water by Confederates in St. Louis, Missouri.

Besides their many business ventures, the Gaff brothers were heavily involved in civic affairs, backing the town’s first utility company, the Aurora Gas and Coke Company, and founding in 1856 the First National Bank of Aurora, which Thomas served as president. He also helped to organize Aurora’s school system, served on the City Council with his brother James (John was mayor), incorporated Riverview Cemetery, and, with his brothers, bought for Aurora a fire engine and town clock.

An 1880 history of Indiana’s eminent and self-made men captured Thomas Gaff’s wide range of interests, both business and civic, by noting: “As a financier, he is regarded as one of the best in the country. His executive ability is remarkable. No transaction within the range of his complicated affairs escapes his observation. He is generous, and ready to relieve the deserving poor. Few men have been more liberal in the contributions to religious and charitable objects.”

Thomas was not the first Gaff brother to build a home in Aurora. His brother James had that distinction, constructing a home on the southwest corner of Fourth and Main streets known as Linden Terrace for the Linden trees he imported from Germany for landscaping. Thomas, however, would more than match his brother’s efforts with Hillforest, which was built into a hillside in the manner in which Renaissance villas in Italy were built into the mountains. The building’s Italianate architecture is reflected in its circular porches and colonnades, curved doors and windows.

Thomas Gaff enjoyed the comforts of his stately mansion until his death on 25 April 1884. The home remained in the Gaff family until 1926, when it was purchased by Will Stark, a local furniture manufacturer. The home eventually became the clubhouse for the local Veterans of Foreign Wars, who used it for that purpose from the late 1940s to the mid 1950s. In late 1955, when the VFW decided the home did not meet its needs, a group of local citizens, fearing the home would meet the same fate as Linden Terrace (which had fallen into disrepair and had been torn down), banded together to purchase the mansion. They formed the Hillforest Historical Foundation as a nonprofit organization dedicated to the home’s restoration and preservation. Hillforest has been open to the public as a historic property museum since 1956. 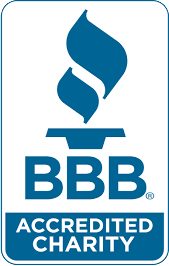